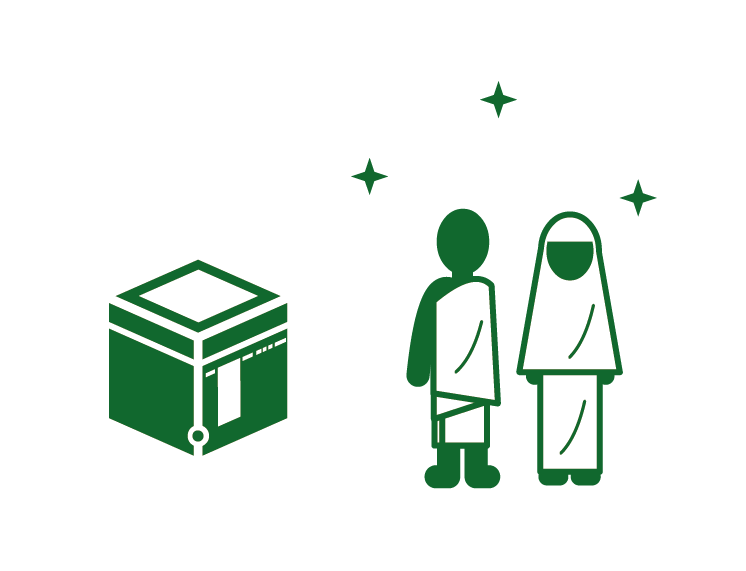 Ihram is the name of the garment that the male Muslim wears, as well as the state that the pilgrim enters once they have made the intention to make Hajj or Umrah.

The reasons for wearing the ihram are: to make the person humble, as whether the person is rich or poor, everyone will be wearing the same thing; as a show of unity, as the Muslims become one as they perform Umrah- even in regard to clothing; and it is a reminder of the shroud that we will wear when we depart this earth.

How to Enter into Ihram:

Once in a state of Ihram and after making the intention, the following actions are not allowed: